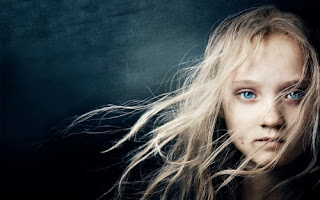 "Les Miz" was on the Air Canada, seat-back media system on my flight yesterday from Calgary to Toronto, so I finally had a chance to see it.

Simply put, the musical performances were terrific, but the visuals and staging were not outstanding.

I've seen this show twice on stage, and the way it's presented there -- symbolically not realistically -- seems just right to me. Trying to present it on-screen, realistically, just didn't work.

The most significant example of this is in the final barricade battle scene. The way it is presented on stage -- using a stylistic barricade, and an awesome stage turntable -- is an incredibly heart-rending experience. It's just not reproducible on screen.

But the music is great. And the performers did a very, very good job. Much was made of the fact that the performers sang live on camera instead of pantomiming to a pre-recorded track, and this scheme really works well, allowing the singing performances to be striking and nuanced.

The musical performers at all levels were excellent. No weak spots.

Hugh Jackman's performance is no real surprise. And though Anne Hathaway is little known as a singer, she delivers one of the movie's most memorable singing performances with "I Dreamed a Dream".

The rest of the cast did great jobs too.

Eponine's "On My Own" is one of my favorites, and Samantha Barks performance didn't disappoint.

When this movie came out I remember some reviewers who were critical of Russell Crowe's singing of the role Javert. I disagree. His voice was strong and melodic. And he was just right as the straitlaced, give no quarter to anyone, inspector.

So I think this movie is worth seeing for the music and the performers. Be prepared to settle for a visual production that just doesn't click.
Posted by Jack Hodgson at 6:51 PM 1 comment:

Posted by Jack Hodgson at 5:33 PM No comments: 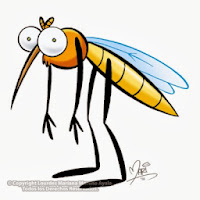 Researchers at University of California, Riverside have potentially found new ways to repel and attract mosquitos.

After initial research, which produced a more complete understanding of how mosquitoes are attracted to human skin, they then identified compounds which might inhibit or amplify this.

From the UCR news release:

Next, using a chemical computational method they developed, the researchers screened nearly half a million compounds and identified thousands of predicted ligands. They then short-listed 138 compounds based on desirable characteristics such as smell, safety, cost and whether these occurred naturally. Several compounds either inhibited or activated cpA neurons of which nearly 85 percent were already approved for use as flavor, fragrance or cosmetic agents. Better still, several were pleasant-smelling, such as minty, raspberry, chocolate, etc., increasing their value for practical use in mosquito control.

Confident that they were on the right track, the researchers then zeroed in on two compounds: ethyl pyruvate, a fruity-scented cpA inhibitor approved as a flavor agent in food; and cyclopentanone, a minty-smelling cpA activator approved as a flavor and fragrance agent.  By inhibiting the cpA neuron, ethyl pyruvate was found in their experiments to substantially reduce the mosquito’s attraction towards a human arm. By activating the cpA neuron, cyclopentanone served as a powerful lure, like CO2, attracting mosquitoes to a trap.


I find this pretty intrigueing. I wonder if something might become available in time for next year's bug season?

I originally found this story in this scienceworldreport.com article.

Posted by Jack Hodgson at 12:16 PM No comments: 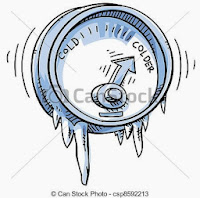 I woke up here in Calgary Alberta Canada -- where I'm visiting for work -- at 5am this morning, and checked the temp online. it said -20 and I thought, ok -20C is about 0F, which is what I expected...

Posted by Jack Hodgson at 2:10 PM No comments:

Posted by Jack Hodgson at 2:51 PM No comments:

Posted by Jack Hodgson at 6:10 AM No comments:

Spoofing some classic TV show openings for Oren's birthday. I have no idea who Oren is, but he has some cool friends.


Posted by Jack Hodgson at 8:52 AM No comments:

Dave Winer blogged that this is the best commercial ever. He may be right.

No joke. This commercial makes me want to buy one of these cars.

The video's title describes this as an engine failure. I don't believe that's true.

This was a "simulated" engine failure for training purposes. Under the proper circumstances, which these seems to have been, that is perfectly safe, and very good training.

Posted by Jack Hodgson at 12:51 PM No comments:

Ain't Gon'a Give Up On Love

Posted by Jack Hodgson at 6:57 PM No comments:

Posted by Jack Hodgson at 11:04 AM No comments:

I hate it when that happens.

Making a battery out of pennies

Posted by Jack Hodgson at 11:21 AM No comments:

This used to be high tech

The hotel key at the motel I stayed at the other night was unusual. Some sort of edge connector/circuit-board in the form of a key. The front desk programmed it when I checked in, just like they do with the "card" keys most hotels now have.

BTW, check out the condition of the door around the latch. It didn't give a real warm-fuzzy about the safety of this facility. Probably won't use this motel again.