What's not readily apparent, if you can't read the text, is that the surface they're sitting on is free floating, and its movement is driven by the motion of the metronomes, which in turn influences the metronomes themselves.

From about 2:00 on keep your eye on the second one back in the far right row. It tries to remain independent, but is eventually brought into the fold.

Fascinating, and maybe a little sad.


Originally from Boing Boing.
Posted by Jack Hodgson at 2:24 PM No comments: 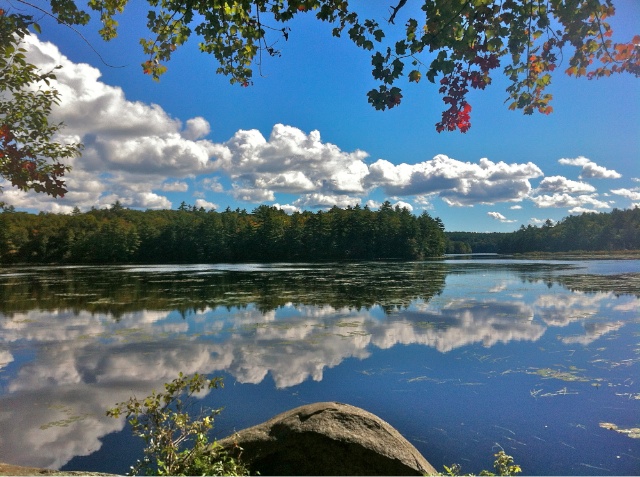 Oh my god this is AWESOME!


Posted by Jack Hodgson at 9:47 PM No comments:

Walk and Talk the Vote

Posted by Jack Hodgson at 7:35 AM No comments:

The Streets of New York

Posted by Jack Hodgson at 8:14 AM No comments:

Posted by Jack Hodgson at 7:52 PM No comments:

Climate change is real. And we need to understand it as best we can so that we can adapt and make ourselves stronger as a result.

I can't say whether this analysis is accurate, but it's interesting, and points us in what I suspect is the right direction.


Posted by Jack Hodgson at 7:41 AM No comments:

Wanna go for a walk-bike ride?

Read more details here.
Posted by Jack Hodgson at 7:36 AM No comments: 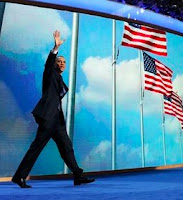 I loved him. But I'm biased. I think he's been the best thing to happen to America in a long time and he has achieved more in tougher circumstances against historical odds than anyone has a right to expect. I cannot justify supporting this man and his ambitious attempt to re-balance America at home and abroad in 2008 and not helping him see it through to the end.


Read his entire live-blog of the evening.
Posted by Jack Hodgson at 8:21 AM No comments:

What is going on inside Bobby Valentine's head?

Bobby V is of course the 2012 Manager of the Red Sox (so far anyway). Many believe he was chosen for his reputation as a no-nonsense disciplinarian. But from almost the beginning he's done a poor job.

I find compelling the idea that a lot of Valentine's failure is due to the mixed, variable, ill-defined mission that he's been tasked with by the higher-ups in the Redsox. But it seems pretty clear that another big factor has been his poor communication skills.

And it's not just that he's not good a expressing himself. It seems that he often doesn't understand what's happening in front of him.

Over the past few weeks Valentine's been having increasingly bizarre encounters with the media. He get's asked a question -- admittedly these are often questions that are intended to expose some shortcoming of his -- and instead of answering, or NOT answering, he challenges the question.

Suggesting sometimes that it's a foolish question. Or one that the asker should already know the answer to. Or some other complaint about the nature of the question.

I get that these question are often intended to get Valentine to look bad, but hey, that's the game.

Here's the thing that puzzles me about Valentine. He's a lifelong baseball guy. He's been there and done that. How is it that he seems so naive about how the media and the manager are supposed to dance.

So I can't figure out what's going on in Valentine's head. I can't imagine he's that naive. Is he just too angry at the situation to be willing to play? Or is he on the verge of snapping. I've never thought he was the right manager for the Redsox, but I don't wish that on him. That would be too bad.

I wonder what's next.
Posted by Jack Hodgson at 2:30 PM No comments:

I think it's only a matter of time until we replace the wheels, on recreational All Terrain Vehicles, with legs. It'll be like having a robot horse.

Posted by Jack Hodgson at 2:12 PM No comments:

I've been hearing all morning, in the professional and the personal media, how terrific First Lady Michelle Obama's speech last night to the Democratic Convention was.

And they were right. Take some time and watch.

Posted by Jack Hodgson at 10:33 AM No comments:

Wine in a Box 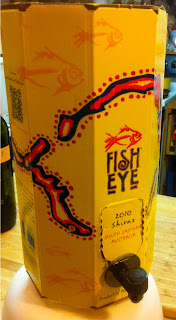 My wine lover friends tell me this is OK.

All I know is it tastes good, and it comes in a pretty cool box.
Posted by Jack Hodgson at 8:09 PM No comments:

It need not be said that these are dark days for Red Sox fans.

I'm pretty sure that we've all accepted (quite some time ago) that the 2012 season is over. But I think we had held out hope that we might get our act together, and see some things that we could take as signs for a more positive 2013. And not embarrass ourselves.

As I write this we've lost 7 in a row. NESN said the other night that this is the longest losing streak since 2001.

Apparently the entire leadership of the Sox met yesterday in Seattle, where we're playing (?) the Mariners. Some think Manager Valentine won't last the week. Others think there's no reason to make a change before the end of the season.

Our next game is tonight (Tuesday) at 10pm. Lester is pitching.

Just close your eyes and think of Britain. I mean, we can't lose every remaining game. Can we?

Posted by Jack Hodgson at 11:56 AM No comments: