Sailing in the Nevada Desert

I want one of these!

Posted by Jack Hodgson at 12:48 PM No comments:

Congrats and good luck to UCAP pal Jamie Beckett on his new role in Winter Haven.


...the chain of events that led to me accepting the position of V.P. of Operations for SunState Aviation Flight School in Winter Haven, Florida.

Read Jamie's explanation of how he got here, and what it means.
Posted by Jack Hodgson at 11:51 AM No comments:

While "The Hobbit" movie seems to be getting reviews that range from decent to great, the HFR3D technology that I wrote about in a previous post is getting panned pretty badly.

Bryant Frazer of studiodaily.com presents a collection of excerpts from a wide range of reviews. His preface includes:


...some observers have variously complained [the new technology] makes the film look cheap, sped-up, and-or nausea-inducing. And it's true — writers seem to have mostly gone out of their way to pan the format, with critics for both The Hollywood Reporter and Variety saying the cons of HFR outweigh the pros.

Some web-based reviewers were harsher, while a few more seemed to reserve judgment, noting that the negative effects of HFR seemed to be lessened over the film's running time and suggesting that moviegoers will eventually grow accustomed to the process and its improved temporal resolution.

Vincent Laforet of Gizmodo writes a pretty interesting treatise on why HFR 3D fails. This guy seems to know what he's talking about, but I wish he'd been able to include HFR 2D in his comparison.


Tonight I went to see his latest film in all three flavors of its release: 3D HFR, Standard 3D, and in 2D.

On one end of the spectrum I had one of the most disappointing cinematic experiences in recent memory, and on the other extreme I fell into the film and enjoyed it very much—all watching the EXACT same film mind you. Here's how they compared, and why it matters.

For myself, I still think that at least part of the problem here (and if you read closely, some of these writers occasionally say something similar) is that HFR and 3D require a new cinematic grammar. The composition, camera motion, and editing must be different for these new ways of seeing a scene.

It may be that quick cutting, dramatic changes of angle and distance, and even actor pacing, must be different when you're gonna show a scene with this much visual realism.

I've avoided 3D in the movies 'cause it's always hurt my head. And maybe I can just continue to do that. But 3D doesn't seem to be going away, so maybe I'm gonna have to learn more about it.
Posted by Jack Hodgson at 10:13 AM No comments:

The Hobbit "review" (no spoilers) 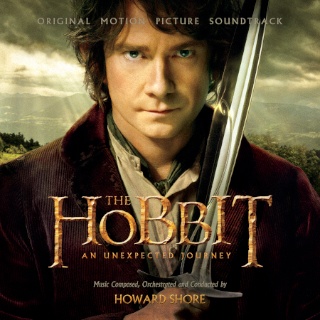 I got into the HFR 3D showing of The Hobbit yesterday.

I think it was a terrific movie, but a more complete review is going to have to wait until I've had a chance to see it again.

Maybe this is just me, but I had real problems with the 3D aspect of it. I found the image quality to be diminished and dimmed. Plus wearing the glasses and, frankly, seeing things in 3D, never stopped being a distraction for me.

In spite of all that I think the movie is pretty great.

This movie is part one of three that will present the story from the classic fantasy novel by J.R.R. Tolkien.

I read the book a really long time ago, so I can't really say how faithful this telling is (so far) to the original, but my gut feeling is that it's OK. I can't remember that the dialogue was as clever and humorous as this one occasionally is. And I think they've restructured the story somewhat, in order to tell it on the screen and to a less devoted audience. But if these are changes from the original text, I like them.

The movie's preamble, with older Bilbo setting the stage, does a very good job of explaining the backstory here. The story is more clear to me now, in a way that I don't remember it ever being just from the book.

So many dwarves! But Jackson does a good job of communicating the important energy of that group, while focussing on the handful that are important, and that we can keep straight in our minds.

Martin Freeman's Bilbo is excellently played in this first episode. In many ways it's more well-played than Elijah Wood's Frodo was.

No surprise, Sir Ian's Gandalf steals the show, regardless of whether the beat calls for action, exposition, humor, or pathos.

If I'm remembering the book correctly then in part one we've now seen all of Gollum that we're going to in these movies, and that's a shame, because Andy Serkis's reprise of the role is better than ever. (Am I right about this? Do we not meet Gollum again until LotR?)

As I said, the 3D disappointed me, but the reason I attended a 3D showing was for the HFR, High Frame Rate. HFR means that the movie was shot at, and in this theatre was being displayed at, 48 frames per second, as opposed to the traditional 24 fps. HFR is a process which is known to provide a dramatically more realistic image quality. And I was looking forward to seeing that.

Sadly there were very few moments when I noticed any improved quality due to the HFR. I blame the 3D for this. The image quality "surcharge" of the 3D -- the awkward glasses, the dimmed screen brightness, and the parallax overload -- seemed to cancel out all the benefits of the HFR. I repeatedly lowered my 3D glasses to see the actual screen image, and when it wasn't blurred by the stereo doubling I could see the very high quality. But for me anyway, it was mostly lost, to the 3D. I'd like to find a theatre/screen that is showing HFR 2D, but I don't know if there are any of those.

If you have experienced 3D movies before, and like them, then see the 3D of this one, otherwise use caution.

This is a really good movie. Not as great as Lord of the Rings, though the subject matter is less weighty. But this is a great adventure yarn, told by a skilled filmmaker, with great actors and stunning settings. I'll try to give you more detail after my second viewing. But I highly recommend The Hobbit.

Heading out this afternoon to see The Hobbit. I'm hoping to attend a showing that is in HFR 3D.

HFR is High Frame Rate. The movie was shot, and in this theatre will be shown, at 48 frames per second. Double the normal rate. I've heard for years that this produces dramatically superior picture quality. Looking forward to this a lot.

3D is of course, 3D. This will be the first mainstream movie I've EVER seen in 3D. My limited experiences with 3D on the big screen have left me cold. But Peter Jackson says it's a good thing, and he hasn't let me down yet.

Posted by Jack Hodgson at 12:36 PM No comments:

The future according to the movies.


The Future from Eclectic Method on Vimeo.
Posted by Jack Hodgson at 12:14 PM No comments:

I found this at boing boing.
Posted by Jack Hodgson at 10:14 AM No comments:

Posted by Jack Hodgson at 3:13 PM No comments: