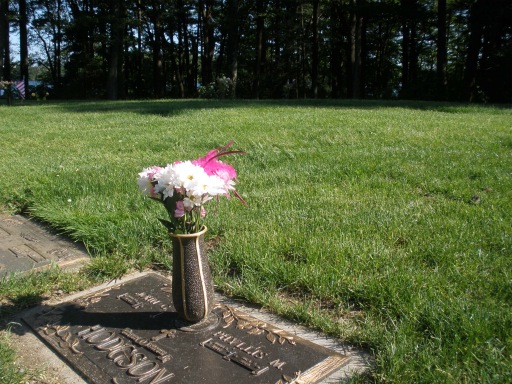 Posted by Jack Hodgson at 10:00 AM No comments:

Not a good night for Jack the baseball fan

I went to the NH Fisher Cats game last night.

The Fisher Cats were in trouble from the first inning when our pitcher walked like three guys, and allowed two runs. It would have been worse if not for a couple of nice fielding plays.

Well son-of-a-gun. I just went to the Fisher Cat website to get the final score, to discover that I left too early.

My bad. Should of waited it out. Just goes to show you...

Anyway... my "other team", the Redsox, didn't fare as well, which I discovered on the drive home. They were beaten for the second night in a row by the Kansas City Royals. The score was too painful to mention here. Suffice to say, it wasn't close.
Posted by Jack Hodgson at 10:13 AM No comments:

Kindle arrives on my iPad

One of the things I've been enjoying unexpectedly on my iPad is book reading via the iBooks app.

I thought that iBooks and the iBookstore would be enough for me, but I just discovered an ebook that I really want which is only available through Amazon's Kindle.

So I've downloaded the Kindle iPad app, and purchased my first book.

The problem here is that I'm immediately seeing that the Kindle ebookstore has all the technical books that I've been missing in the Apple ebookstore. This could become a (expensive) habit.
Posted by Jack Hodgson at 10:53 AM No comments:

This could make me rich! 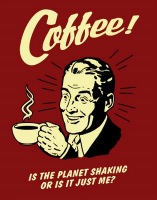 Every morning I make my coffee. I add one packet of Splenda sweetener and a splash of half-n-half creamer to each cup. This morning I did the cream and sat down with my mug before realizing that I'd forgotten the sweet. And then I had a brainstorm.

Save a step, and avoid forgetting, by PREMIXING the sweetener into the creamer. I'll need to measure how much cream I use per one packet of sweetener, do the math, then add all the sweetener each time I buy a new bottle of half-n-half.

Not only will this save time, but it also solves the age old-challenge of knowing how many packets of sweetener to put into an odd-sized mug. Once the creamer has the right ratio of sweet, then I just add it to my coffee till it's my preferred lightness, and I will automatically have the amount of sweet I like.

Oh, I am such a genius.
Posted by Jack Hodgson at 9:33 AM No comments: 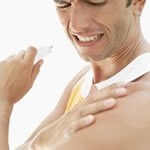 Day before yesterday I went to my new gym for my first workout in a couple months.
I did about 10 minutes of warmup on a treadmill, then I worked my way down the line of strength machines, familiarizing myself with their brand, and recalling my workout plan from the old gym.
I did an abbreviated workout on each machine. Two sets each, instead of my usual three. It all felt great.
I usually really start to feel soreness from a workout about 24 hours afterwards, and this time was no different. But this morning, about 36 hours after the workout, I'm still really feeling the soreness.
Don't get me wrong, this is not bad. It merely me paying for taking 2 months off from my fitness activities.
And though I'm ready for the soreness to start to subside, in general I like the muscle soreness that I get from a workout. It means that I've accomplished something. It's the feeling of fitness returning.
Posted by Jack Hodgson at 9:24 AM No comments:

John Lithgow discovers kleenex on Third Rock From the Sun

In its early days this show was genius. It faded a bit as it aged, but I still remember it fondly. Here's one of the scenes that sold me.

Posted by Jack Hodgson at 2:39 PM No comments:

My niece Cassie is about to become a blogger. When she gets started I'll put a link to her blog here so you can find it.

UPDATE: Here's her blog. Check it out.
Posted by Jack Hodgson at 8:01 PM No comments:

One day they're gonna make single rider ATVs using this technology, replacing the current four-wheel balloon tired versions that are popular today.
Posted by Jack Hodgson at 8:42 AM No comments: Oh, by the way. Somewhat inspired by my session swimming the other day, I went out and joined a gym.

I signed up at the local Planet Fitness.

I've been a member for the past couple years at the really awesome "The Works" in Somersworth NH. But they're too far away from me here at Lookout Point, so I need something more convenient.

Eventually I want to find a nearby gym, with more like the variety of offerings like The Works gave me. But for now I can do simple workouts nearby.

I'll be posting more here about my "progress" so stay tuned for all the laughs.
Posted by Jack Hodgson at 10:32 AM No comments:

I may have an Apple Choice to make

I've been on the verge of upgrading my wifi-only iPad to a 3G model since the latter appeared a few weeks ago. I actually went into one of the local Apple stores to buy it, but they were out of stock. Apparently that's the case all over. They're hard to come by.

But nevertheless I've been expecting that I'll upgrade eventually.

But now it seems like the infamous Apple 4G iPhone is about to drop. And I've been planning on upgrading my ancient first-gen iPhone when that appeared.

So now I find myself possibly looking at two, multi-hundred dollar purchases with in a few weeks of each other. Decisions, decisions.

Do I go for broke (not literally, but close) and buy both? Or do I make a choice? And which would I choose?

My wifi-only iPad is very sufficient, especially when combined with the oh-so-disappointing MiFi. I could keep that and get the new iPhone.

But then, just upgrading to the 3GS model of the iPhone would still be a major enhancement over my current iPhone, and they're quite inexpensive right now (Walmart has them for under  $100 it seems). And that would leave me with plenty of cash for the upgraded pad.

So anyway I have a decision to make. Stay tuned.
Posted by Jack Hodgson at 9:01 AM No comments: 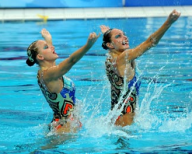 I went swimming today, in the lake here in NH, for the first time this season.

When I was a kid the rule of thumb for when you could comfortably start swimming was Memorial Day. So we're a week ahead of schedule this year.

It's the little things.
Posted by Jack Hodgson at 7:14 PM No comments:

I used to blog a lot. Multiple posts on most days. Lots of comments from readers. The whole thing.

Then it started to feel a little like an obligation. "What should I blog about today?"

And also, New Media happened... and Twitter. I was tweeting a lot, and doing a weekly podcast. The blogging faded away. Eventually down to nothing.

People asked me why I stopped. And I said, "I haven't stopped. I'm still publishing, just in different media." And I still feel that way. I feel no obligation to blog.

Lately, more and more, I've felt like I had something to say that wasn't related to the subject of my podcast, or wouldn't fit in 140 characters.

I've been thinking that I wanted to blog.

So here we are. Back to blogging. I think that I will keep this up. Not daily like the old days, but whenever something occurs to me.

We'll see.
Posted by Jack Hodgson at 9:59 AM No comments: